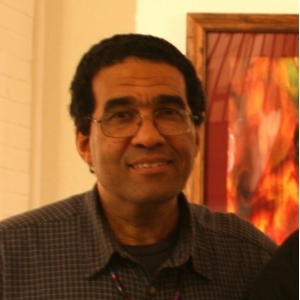 George Price listens, learns, contemplates, studies, and teaches. He lives with his wife, Barbara, and their son, Noah, on their 5 acre permaculture farm on the Flathead Indian Reservation, north of Missoula, Montana. He is an American of several diverse ethnic and cultural ancestries (including Assonet Wampanoag, Massachuset, Choctaw, African, French, and Scottish) who has explored human identity issues for all of his life, both personally and professionally. Since 2012, he now prioritizes the defense of Mama Earth and all species therein above all other interests. Some questions that he patiently seeks to find answers for (in due time, without anxiety): What are we? Where did we come from? Where are we going?

Past and Present: an Introduction to Native American Studies, Plymouth, Michigan, Hayden-McNeil, 2015

To Heal the Scourge of Prejudice: the Life and Writings of Hosea Easton, George R. Price and James Brewer Stewart, eds., University of Massachusetts Press, 1999.

Re-writing my dissertation, “The Easton Family of Southeast Massachusetts: The Dynamics of Five Generations of Human Rights Activism, 1753-1935,” for publication (a biographical history of the Eastons, an American tri-racial family with a strong social activist tradition extending over three centuries)

Two chapters for Heartlines "Parallel Histories" Project, a collaboration of  Native American historians on a textbook on Native American history, sponsored by Salish Kootenai College, Pablo, Montana, with a grant from the Kellogg Foundation (expected date of publication, 2016), The Dispossession of Titticut: the struggle of the Wampanoag and Massachuset people of the Titticut village and reservation to keep their lands, 1669-1790, and Two Very Different “Acts of Submission”: Formal Submission of Massachusetts Indian Nations to Massachusetts Bay Colony, March, 1644 and the Submission of the Narragansett Indians to King Charles I of England, April, 1644.

"The Roberts Case, the Easton Family, and the Dynamics of the Abolitionist Movement in Massachusetts, 1776-1870,” co-authored with JamesBrewer Stewart for theMassachusetts Historical Review, Fall, 2002

“Hosea Easton: Forgotten Abolitionist ‘Giant’,” chapter in Michael A.Morrison, ed., The Human Tradition in Antebellum America, Wilmington, Delaware, Scholarly Resources, 2000 (This article was reprinted in 2002 for another edition in this same series, The Human Tradition in America from the Colonial Era through Reconstruction at the request of the editor, Charles W.Calhoun.)

2015: Panelist, "The Healing Power of Truth-Telling: Undoing the Many Wrongs and Harms of Colonialist American Historiography," in the "Reframing Knowledge Production" session of the Historical Trauma Symposium at the University of Montana, November 4, 2015.

2012: "From the Earth: the true colors of humanity," lecture for the "Day of Dialogue" symposium, University of Montana, October, 2012.

2010: University of Montana Chapter of the Mortar Board Society's selected lecturer for the "Last Lecture" series, "The Betrayal of Enlightenment Egalitarianism: How what happened after 1783 led to our present ecological crisis" http://www.cas.umt.edu/facultydatabase/FILES_Faculty/1071/Last Lecture v3.doc

2009: Panelist on the White(?)House, the meaning of the Obama Presidency, Music Recital Hall, University of Montana

2008: Coordinator and Committee Chair for the Celebration of the 40th Anniversary of African American Studies at The University of Montana

2008: Presenter, Day of Dialogue,  “Life After Race: Observations and Discussion on the Multicultural, Intercultural, and Non-Racial future of the U.S. and the World”

2007: Two gallery lectures at the Missoula Art Museum,in conjunction with the Faith Ringgold exhibit: “Black Art, Black Identity: the world from which Faith Ringgold emerged,” and “The Harlem Renaissance and the Black Arts Movement”

2006; Presentation on Native American genealogy to the Western Montana Genealogical Society, at the Missoula Public Library

2005; Juror/Reader for two articles for the American Indian Culture and ResearchJournal

2004; “How I Teach the Introduction to Native American Studies,” presentation to the “Why Study Native America?,” TERRACE Workshop forTeachers at the University of  Montana

2004; “People of Color in the Antebellum Northeast” Workshop presentation:, for the “Teaching U.S. History” summer institute for the Missoula County Publ