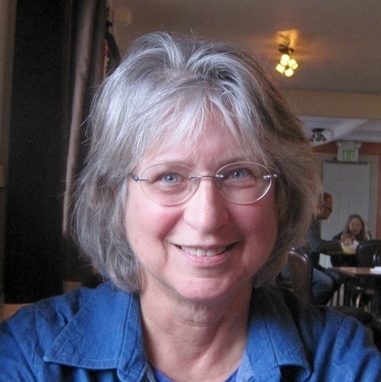 Some Interesting Files from the Web:

"Did I Miss Anything?"

After working as a legal services attorney for almost eight years, I decided that I needed to understand the political framework and mechanism for the devolution of the welfare state, beginning under the Reagan Administration. Because legal services work ranges from bandaids to tourniquets, I wanted to know how to make permanent and systemic changes that would result in the inclusion of all marginalized people, in the recognition of the necessity of creating and receiving of resources, care, and voice in every individual. No more wounds to bandage.

Currently working on a sociological examination of the Montana Study, a participatory action project initiated by then-UM president Ernest O. Melby in the mid-1940s, and terminated three years later when the funding ran out. My interest is in examining how it fit into the nationwide movement into participatory action research at that time, which drew its inspiration from the works of John Dewey.

Winkler, Celia. 2014. “Redefining Single Motherhood: The 1990s Child Support Discourse and the Dismantling of the U.S. Welfare State." Pages 255 to 277 in Mothering in the Age of Neoliberalism, edited by Melinda Vandenbeld Giles. Toronto: Demeter Press.

Winkler, Celia and Kathy Kuipers. 2013. "The Economic Status of Women in Montana: How Far Have We Come Since Montana Elected the First Congresswoman?" Montana Business Quarterly 51(4):2-7.

Winkler, Celia. 2002. Single Mothers and the State: The Politics of Care in Sweden and the United States. Lanham, MD: Rowman and Littlefield.

Winkler, Celia. “To Promote the General Welfare: From Welfare to the Common Good." 2015 Annual Meeting of the Society for the Study of Social Problems, Chicago, August 2015.

Winkler, Celia. “Ideological and Organizational Dilemmas of the Network of Spiritual Progressives.” Presented at the Annual Meeting of the Association for the Sociology of Religion, New York City, August 2007.

Winkler, Celia, Kristeen Black, and Lynne Isaacson. 2005. “Spirituality and Feminism in the Formation of Peace and Justice Activists.” Presented at the 2005 annual meeting of the National Women’s Studies Association, Orlando, Florida, June 2005.

Winkler, Celia. 2003. “Neoliberalism, Nationalism, and Violence.” Presented at “Comparative Perspectives on Gender, Race, Ethnicity and Nation in PostâÂÂ€ÂÂ‘Socialist Societies and the United States,” held in Zagreb and Porec, Croatia, June 1âÂÂ€ÂÂ‘8, 2003, sponsored by The National Center for Curriculum Transformation Resources on Women in collaboration with The Centre for Women’s Studies, Zagreb, Croatia.

Winkler, Celia. “Flying Without a Husband: Comparing U.S. and Swedish Approaches to Family Law and Social Policy,” paper presented at the 2001 annual meeting of the Law and Society Association, Budapest, Hungary, July 2001.

Winkler, Celia. “Equality and Freedom: Family and Labor Policies in Sweden and the United States,” presented

Women’s Studies Faculty Prize for Outstanding Research or Creative Activities in the Study of Women or Gender. 2003. For Single Mothers and the State: The Politics of Care in Sweden and the United States.

The University of Montana. 2003. Mini-sabbatical program. Grant awarded to travel to Croatia to attend the 2003 Summer Institute of the National Center for Curriculum Transformation Resources on Women in collaboration with the Centre for Women’s Studies, Zagreb, Croatia, “Comparative Perspectives on Gender, Race, Ethnicity and Nation in PostâÂÂÂ€ÂÂÂ‘Socialist Societies and the United States.” Paper presented on “Neoliberalism, Nationalism and Violence.”

University of Montana.  1997.  Small grant program.  Grant awarded to travel to Sweden to conduct research into current changes in the Swedish welfare state.

Society for the Study of Social Problems

Hiking with my dogs; sewing, knitting and other textile arts; keeping the house from going to wrack and ruin