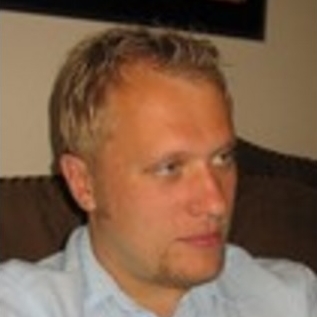 My current research interests include application of biophysical and bioinorganic methods to studies of enzyme catalysis. The results of these studies could be applicable to medicinal chemistry (IDO project), catalytic oxygenation (HO project), biological electron transfer processes (SOR project), atmospheric chemistry (NOR project), and clean energy production (HydA project). Individual research projects in my research group involve enzyme expression, organic and inorganic synthesis, and a variety of instrumentation measurements. I joined the Department of Chemistry and Biochemistry as an Assistant Professor in 2009. I moved to Missoula from Baltimore where I was a Post-Doctoral Fellow in the Department of Chemistry at the Johns Hopkins University. While in Baltimore, I was studying mechanisms of electron transfer in synthetic and biological systems, including redox chemistry of copper complexes and application of oxygen isotope effects to inorganic and enzymatic reactions. I finished my undergraduate training and received a Diploma of Higher Education at the Higher Chemical College of the Russian Academy of Sciences, Moscow, Russia. My graduate work in physical organic chemistry was performed at the University of Nebraska-Lincoln. I am a member of the Center for Biomolecular Structure and Dynamics (CBSD) and the interdepartmental Biochemistry Program.

Approaching the Mechanism of Indoleamine Dioxygenase (IDO) Dioxygenases catalyze incorporation of both oxygen atoms from O2 into their substrates. In humans, there are two dioxygenases that initiate L-tryptophan (L-Trp) catabolism via the kynurenine pathway. One is tryptophan 2,3-dioxygenase (TDO), another is indoleamine 2,3-dioxygenase (IDO). Since L-Trp depletion has a profound effect on T cell proliferation, differentiation, effector function and viability, uncontrolled dioxygenase activity leads to pathogenesis. High dioxygenase activity is a marker for poor cancer prognosis. As a result, these enzymes are attractive drug targets for cancer immunotherapy. Despite great effort in elucidating dioxygenase mechanism, there are gaps in our understanding of catalysis by these enzymes. The main goal of this research project is to determine the mechanism of oxygen-dependent steps in catalysis by IDO. The sturcture of the enzyme is shown on the right (drawn from 2D0T PDB coordinates using DS Visualizer). The specific aims are: 1) to identify the rate-limiting step in catalysis by IDO, 2) to establish the nature of reactive intermediate and 3) to determine the timing and energetics of electron transfer/proton transfer during catalysis and whether the protein-based amino acid radicals mediate electron transfer from L-Trp to O2. Measurements of oxygen kinetic isotope effects (18O KIE) by competitive fractionation of O2 isotopologues form the core of these studies. For sequential kinetics, the order of substrate addition is being probed by measurement of 18O KIE. To identify the rate limiting step of the catalytic cycle, effects of viscosity, pH, temperature and D2O on steady-state parameters and on 18O KIE are being determined.

Directed evolution of heme oxygenase (hHO-1) Heme oxygenase (HO), a membrane-bound enzyme which catalyzes catabolism of heme with release of Fe(II), formation of carbon monoxide (CO) and biliverdin, utilizes protonated Fe(III)OOH species as an active catalyst for heme hydroxylation. The enzymatic reaction is very regioselective – only the α-meso position in heme is oxygenated by native mammalian HO. Comparison of HO to cytochrome P450 highlights the importance of heme microenvironment during catalysis. Both enzymes generate reactive intermediates upon protonation of a transiently-formed iron hydroperoxide species; however, in cytochrome P450 this leads to formation of Compound I (which performs the oxygenation of a substrate), and in heme oxygenase heme is oxygenated without formation of Compound I. It was proposed that catalytic pathways in these enzymes are very sensitive to geometry of hydrogen-bonding networks within the distal amino acid pockets. We probe this sensitivity by creating HO mutants that demonstrate P450-like activity. Directed evolution is used to engineer these mutants. Fluorogenic substrates based on 7-ethoxycoumarin are used for the whole-cell enzymatic assays.

Electron transfer during catalysis by superoxide reductase (SOR) The superoxide reductases (SOR) are the non-heme iron enzymes that convert superoxide anion into hydrogen peroxide. Unlike superoxide dismutases (SOD), which catalyze disproportionation of superoxide into dioxygen and hydrogen peroxide: 2O2•– + 2H+ = O2 + H2O2, SORs catalyze only the reduction of O2•– resulting in formation of H2O2 without any O2 production: O2•– + 2H+ + e– = H2O2. The active site of SOR contains a non-heme iron coordinated by four equatorial histidine residues and one axial cysteine. In the catalytically-active ferrous form of the enzyme, the high-spin (S = 2) iron is square pyramidal with an empty solvent-exposed sixth coordination site. In its oxidized form, the active-site iron is high spin (S = 5/2) with a glutamate coordinated to its sixth position. The specific aims of this projects are: 1) to determine the mode of electron transfer from reduced superoxide reductase to the superoxide anion (O2•–) and the timing of the proton transfer event, 2) to establish the reactivity pattern of reduced superoxide reductase with hydrogen peroxide (H2O2), 3) to elucidate the influence of the protein metal environment on the reactivity with O2•– and H2O2. Of particular interest are the factors that determine cleavage of the Fe-O bond vs. the O-O bond.

Instrumentation in the lab My laboratory is equipped for synthetic chemistry and biochemical research. In addition to commercial equipment we utilize several custom-built devices designed for studying reactions of dioxygen and reactive oxygen species.

For a full list of publications, please view Smirnov Publications

Mechanisms of metalloenzymes, characterization of reactive intermediates, activation of dioxygen and organic substrates during enzyme catalysis.