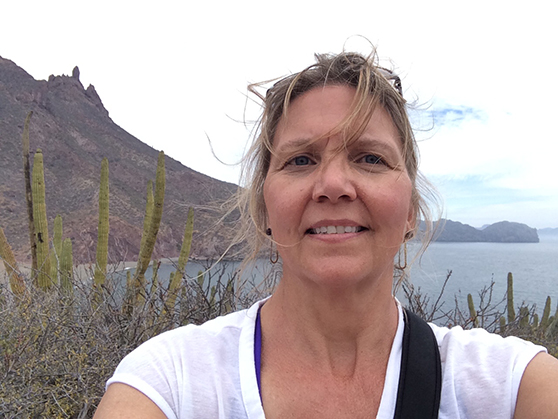 Prior to teaching Perkins was an independent producer with Montana PBS and a media programmer. Perkins was the co-producer of Playing for the World: 1904 Fort Shaw Indian Girl’s Basketball Team which aired on PBS in 2009 and won the Northwest Emmy Award in writing; in 2006 she was the associate producer for Evelyn Cameron: Pictures from a Worthy Life, which aired on PBS and won the Northwest Emmy Award in documentary and Cine Golden Eagle Award and in 2003 she was the assistant producer for Really, Really Big Floods: The Student’s Story of Glacial Lake Missoula which one a Parent’s Choice Foundation Award.

She is currently working with Carl Zimmer and Dr. Doug Emlen developing the pedagogy for the textbook Evolution: Making Sense of Life. In addition, she is writing the study guide for Tangled Bank: An Introduction to Evolution with Carl Zimmer.

She also is Principle Investigator for Science Source, a National Science Foundation grant to the School of Journalism. The grant is designed to test the efficacy of a news service that produces environmental science stories for reaching underserved and underrepresented audiences (http://umsciencesource.com/). As part of the grant, she is developing a documentary about environmental justice and natural resources on Montana's Indian reservations.