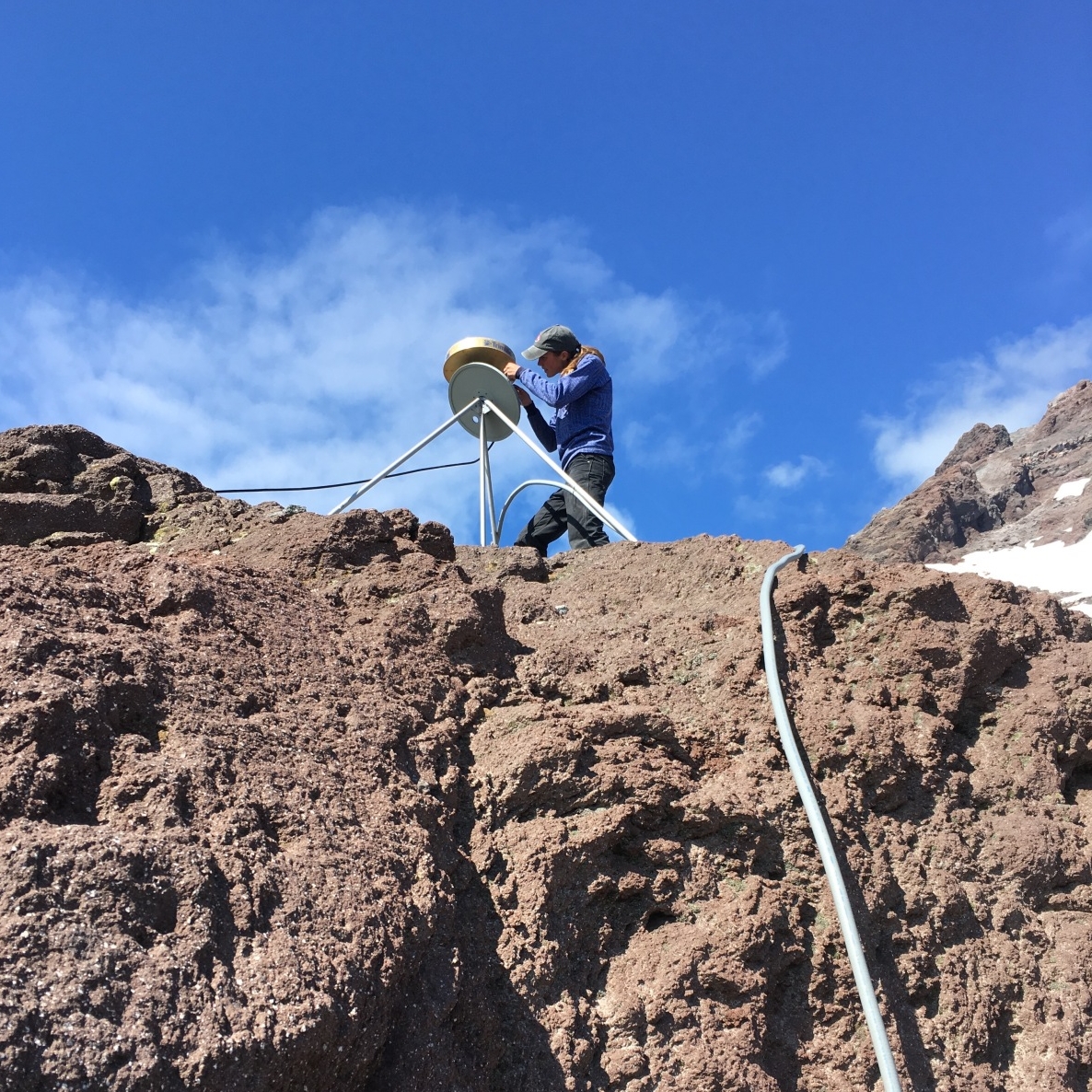 My current research project focuses on understanding continental rifting in East Africa, specifically looking into regions outside the defined rift valleys such as the Ethiopian Highlands and the Turkana Basin. This will lead to a better understanding of how the East African Rift System is kinematically linked and could also provide insight into how the rift evolved and propogated through time. Waiting for equipment to be delivered by the helicopter to service a station on Augustine Volcanco.

-Wildlife and Land Management : I worked with local communities to help solve problems such as how to safely deal with wild animals on their land, taught local farmers how to keep their soil fertile, and helped with wildlife and land use surveys in the national parks (including Tarangire, Serengeti, Lake Manyara, Ngogoro) and the regions surronded by parts that are often occupied by local communities.

-Geomorphology : Bahia de Caraquez was severly impacted by deforestation and in 1995 a large landslide occurred that killed multiple families. We studied slope stability in deforested, old growth forests and in newly reforested areas to better understand the impact deforestation has on slopes. We also looked at the types of vegetation (tree roots specifically) that contributed the most to slope stability by looking at their root strength and root density. Our work is now being used by local reforestation efforts to provide the best slope stability to prevent further disasters from happening.

- Geodesy: After the Mw 7.8 April 25 Gorkha earthquake, I spent part of my summer installing GPS stations and mapping shaking intensities around the rupture zone. The Himalaya is often cited as the quintessential continental convergence zone. With instrumentation we will be able to better understand the current and past seismic cycle in the Himalaya and possibly conjecture about the future of the faults in the surrounding region. Monitoring the postseismic phenomena of the Gorkha earthquake could change our interpretations of historical earthquakes in the region and lead to new predictions for the future. The implementation of GPS and seismometers was a group effort that included UNAVCO, CIRES, UMT, Tribuhvan University and Nepal Department of Mines and Geology.

- Geodesy: The past three winters, I spent a more then a month servicing our continous and campaign GPS array in Ehtiopia which consists of 11 permanent and 8 campaign sites located around the country, specifically in the regions outside the defined rift valley. While we have encountered a few hiccups including a faulty reciever in Metu and a hyena making a snack out of site in Nazret, the rest of the data was good and is being published in the near future by fellow research group memeber Yelebe Birhanu. This research will provide insight into how strain is accomodated in Ethiopia and if there is in fact distrubuted deformation outside the rift valley. Additionally, in 2017 we installed two continous stations in the Turkana Basin of Kenya and serviced the existing 4 campaign stations in the region. Fasting meal on our way to Negele, Ethiopia.