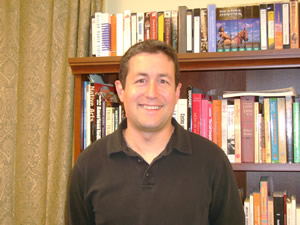 Co-authored with Rich Clow, “The St. Francis Mission Indians and the National Interscholastic Catholic Basketball Tournament, 1924-1941.” The International Journal of the History of Sport,23 (March 2006): 213-31.

“Cornell’s Field Seminar in Applied Anthropology: Social Scientists and American Indians in the Post-war Southwest.” Journal of the Southwest, 43 (Autumn 2001): 317-41.