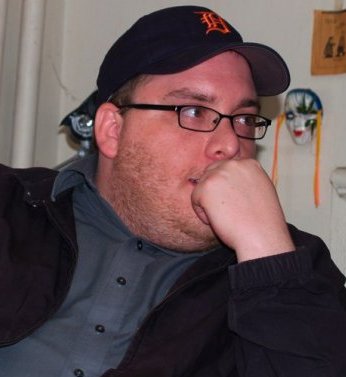 Robert H. Greene teaches courses in Russian, Soviet, and East European history. His research focuses on the religious, cultural, and political history of the Russian Empire and Soviet state. Greene's first monograph, Bodies Like Bright Stars, is a study of Russian Orthodox devotion to saints and relics in the late 19th-early 20th centuries. His other publications have dealt with issues at the intersection of religion, culture, and society: pilgrimage patterns, canonization policy, Jewish integration, and the political deployment of sacred symbols. He is currently in the beginning stages of a project on diaries and autobiographies from the Russian Civil War.

With Professors Ona Renner-Fahey and Clint Walker (World Languages & Cultures), Greene is co-director of the Russian Studies Program at the University of Montana. Students interested in a Russian Studies minor should meet with Professor Greene or his comrades in WLC.

Cultural, Political, and Social History of Russia and the Soviet Union; Religious History

* co-editor and translator, with Eugene M. Avrutin, of The Story of a Life: Memoirs of a Young Jewish Woman in the Russian Empire (Northern Illinois University Press, 2012).

* “Making Saints: Canonization and Community in Late Imperial Russia,” The Carl Beck Papers in Russian and East European Studies, no. 1801 (University of Pittsburgh, 2006).

* co-editor, with Valerie A. Kivelson, of Orthodox Russia: Belief and Practice Under the Tsars (Pennsylvania State University Press, 2003).

"Orthodox Petitions for the Transfer of the Holy Relics of St. Stefan of Perm, 1909," in Orthodox Christianity in Imperial Russia: A Source Book on Lived Religion, ed. Heather J. Coleman (Bloomington: Indiana UP, 2014)

HSTR 358: History of the Soviet Union

HSTR 363: Eastern Europe: Life and Death on the Eastern Front

HSTR 457: The World of Anna Karenina

Co-director of the Russian Studies Program

Self-narratives from the Russian Civil War

The image and cult of Patriarch St. Germogen in late imperial Russia

Apostate priests after the Revolution

A cultural and social history of the Moscow Zoo

The real war on Christmas: Bolshevik anti-Christmas campaigns in the 1920s