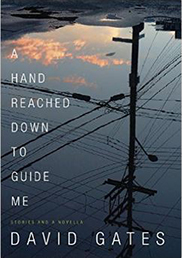 A Hand Reached Down to Guide Me

David Gates is the author of the novels Jernigan and Preston Falls and two collections of stories, The Wonders of the Invisible World and A Hand Reached Down to Guide Me. His fiction has appeared in such magazines as The New Yorker, Esquire, GQ, Tin House and Ploughshares. His nonfiction has appeared in Newsweek, where he was a longtime writer and editor, The New Yorker, The New York Times Book Review, Bookforum, GQ, Rolling Stone, H.O.W., The Oxford American and the Journal of Country Music. He has been a Guggenheim Fellow, and his books have been finalists for the Pulitzer Prize and the National Book Critics Circle Award.