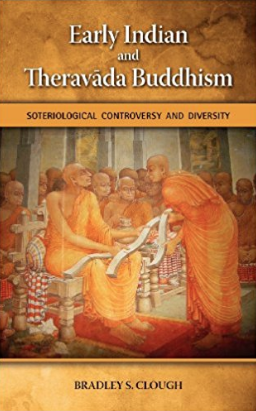 Dr. Clough teaches a series of introductory-level courses on religions originating from South Asia/the sub-continent of India, like Buddhism and Hinduism, on religious traditions in certain other regions of Asia, such as China, Japan, and the greater Tibetan-Himalayan region, and on great literary classics from all parts of this largest and most populous continent. He also offers upper division courses on special topics in South and East Asian religions.

Brad Clough has taught about religion for close to 30 years, and writes about the history of doctrines and practices of Buddhism in South Asia, with special focuses in early Indian Buddhism and the ongoing Theravada Buddhist tradition in Sri Lanka.  He has written extensively on a variety of subjects in this history, including on Buddhist soteriologies (means of spiritual liberation), meditation systems, and monastic practice. He has also published on the religious life of Gandhi and interactions between Buddhism and Hinduism, and has contributed to many volumes devoted to understanding the religions of the world in comparative context.  Dr. Clough has contributed to journals such as The Journal of Asian Studies, History of Religions, Journal of the International Association of Buddhist Studies, and Journal of Vaishnava Studies.

Monasticism and soteriology (theories & pratices pertaining to the quest for spiritual freedom) in the history of Buddhism in South Asia.

1) A long-term study and translation of Buddhist  "morality tales" from the country of Sri Lanka.

2) a shorter-term biography of the Buddha's two leading disciples, Shariputra And Maudgalyayana.

Cairo Papers in the Social Sciences series, Vol. 31, No. 1

*co-editor of this volume with Dr. David Blanks

“Paths of Monastic Practice: Responses to L.S. Cousins’s Work on Scholars and Meditators.” Naomi Appleton and Peter Harvey, eds., Essays in Honor of

Lance Cousins  (forthcoming: in Fall 2018 as a special issue of the Buddhist Studies Review, and in Spring 2019 as a book from Equinox Publishing).

“Buddha as AvatÄra in Vaishnava Theology: Historical and Interpretive Issues.”

“Monastic Matters: The Robes, Bowl, and the Middle Way,” Corrine Dempsey and

“The Cultivation of Yogic Powers in the Pali Path Manuals of Theravada Buddhism,”

“The Higher Knowledges in the Pali Nikayas and Vinaya,” Journal of the International Association of Buddhist Studies, Vol. 33, No. 1-2 (2011).

“Communitas  or Contestation?: Buddhist-Hindu Practices and Interactions at

‘The Holiest Place in Sri Lanka’,” in Humanist Perspectives on Sacred Space*,

in Vol. 31, No. 1 of Cairo Papers in the Social Sciences  (Cairo: American University

*co-editor of this volume with Dr. David Blanks

“For the Benefit of All: The Contemporary Reinterpretation and Reintegration of Early Buddhist Principles of Social Economics.” In Bruce D. Chilton and Jacob Neusner, eds., Religion and Economics: New Perspectives (Binghampton: Global Publications, State University of New York at Binghampton, 2000).

“Evil and Suffering in Buddhism,” in the Bard Journal of Social Sciences  (Volume 7,

“The Historical King Ashoka/Priyadarshi,” in the Brooklyn Academy of Music’s Stagebill, for the drama, “Uttar-Priyadarshi” (October 2000, p. 31. [Longer five-page version available at www.asiasociety.org].

Entries on “Disciples” and “Salvation” for the Encyclopedia of Women and Religion,

“Literary Sources of Buddhism,” pp. xxiii-xxviii in both Pilgrim Library of  World

Dr. Clough has conducted extensive research in India and Sri Lanka, and has twice led study-abroad programs in India.

Board of Directors, American Institute of Sri Lanka Studies (2003-2007)

Board Chairperson, New York Independent College Consortium for Study in

Board Member, New York Independent College Consortium for Study in