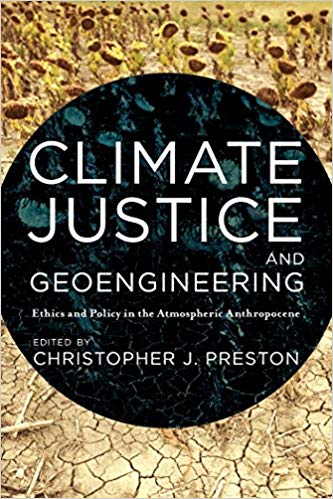 Climate Justice and Geoengineering: Ethics and Policy in the Atmospheric Anthropocene

Born and raised in England, Christopher moved to the United States in the nineteen-nineties. Apart from a 5 year sojourn in South Carolina and a few months in Washington D.C., he has lived mostly in the western states where he enjoys mountain biking, skiing, and other activities made possible by the roomy landscapes.

Much of his research connects to the idea of the Anthropocene, the epoch in which human influence is everywhere. He studies emerging Anthropocene technologies for their impact on the human-nature experience. He also has interests in restoration and rewilding, reflecting both his European and his American background. Despite the growing influence of humans on all natural systems, Christopher is still captivated by wildness.

Fellow at the Program on Ethics and Public Affairs, The Mansfield Center, University of Montana