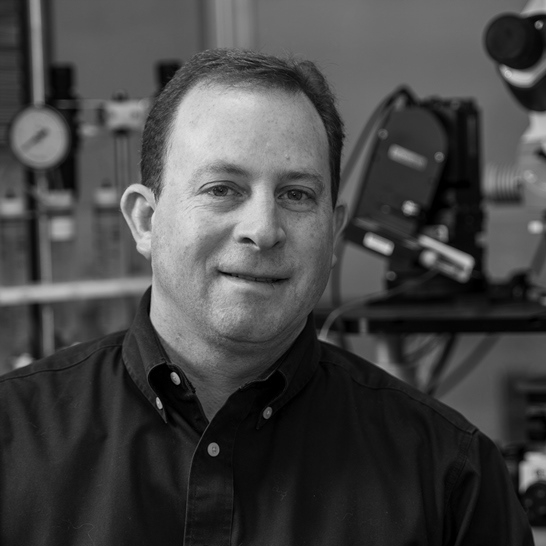 After completing a BS in Biology at Allegheny College (1992) and post baccalaureate work at the University of Pennsylvania, Josh Lawrence received a Ph.D. in Neuroscience from the University of Wisconsin-Madison in 1999.  Following graduate school, Josh was a postdoctoral fellow and staff scientist in Chris McBain’s laboratory at the National Institutes of Child Health and Human Development, National Institutes of Health.  Josh started as an Assistant Professor at The University of Montana in August of 2008.

Neuronal rhythms in the brain temporally associate distinct aspects of sensory experience into a single collective percept.  The neural basis of these rhythms, or oscillations, reflect the synchronized firing of neuronal ensembles driven by synaptic interactions between various subtypes of inhibitory interneurons and glutamatergic principal cells. Although these interneuron subtypes release the common inhibitory neurotransmitter GABA, there is growing recognition that these subclasses are themselves differentially regulated, performing fundamentally different physiological operations within neuronal microcircuits. As a consequence, each interneuron subclass makes a unique contribution to neuronal oscillations, and their contribution varies depending on the frequency of the oscillation and behavioral state.  The emerging picture is that these interneuron subclasses play vital but different roles in the generation of behaviorally relevant neuronal rhythms.

Neuromodulatory systems (i.e. cholinergic, dopaminergic, noradrenergic, and serotonergic) transmit emotional and motivational information content to the sensory cortical areas, thereby contributing to cognitive processes such as attention, arousal, and learning.  Changes in neuromodulatory control greatly impact the magnitude and frequency of oscillatory activity. Our lab is interested in how neuromodulation of distinct interneuron subclasses alters oscillatory activity and information processing.

Towards this end, our lab is developing transgenic and viral strategies for the systematic investigation of specific interneuron subtypes and developing new technologies that enable synaptic transmission between neuromodulatory neurons and interneuron targets to be examined at high resolution.

Finally, we are interested in the role of specific interneuron subclasses in the manifestation of disease states such as epilepsy and schizophrenia.