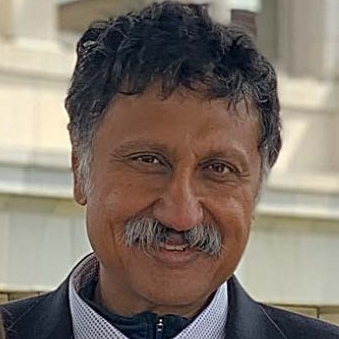 1. Editor-in-Chief, Handbook of the History and Philosophy of Mathematical Practice (in development with Springer Major Reference Works); 2019-2024

The purpose of this unique Handbook is to unfold the transformation of the philosophy of mathematics from its origins in the history of mathematical practice. In order to do so, chapters will describe different mathematical practices in different time periods of history and contrast it with the development of philosophy. The contributions will include scholars from other disciplines who have contributed to the richness of perspectives that abound the study of philosophy today. The 14 sections of this Handbook aim to synthesize what is known, and what has unfolded but also offer directions in which the study of philosophy of mathematics as evident in increasingly diverse mathematical practices is headed. Different sections of the Handbook will offer insights into the origins, debates, methodologies and newer perspectives that characterize the discipline today. This Handbook is curated by an editorial advisory board and section editors consisting of leading scholars from the disciplines of mathematics, history and philosophy.

2. Editor-in-Chief, Handbook of the Mathematics of the Arts and Sciences (in development with Springer Major Reference Works); 2017- 2021

This state-of-the-art handbook consists of 7 parts and more than 100 chapters covering the fascinating interplay of mathematics, arts and sciences. The handbook covers Mathematics and Architecture; Mathematics, Science and Dynamical Systems; Mathematics, Art & Aesthetics; Mathematics, Humanites and Language Arts; Mathematics in Society; Mathematics, History and Philosophy; and New Directions. Science and Art are used as umbrella terms to encompass the physical, natural and geological sciences, as well as the visual and performing arts. Chapters that have gone live are found at Springerlink.

3. Editorial Board: Encylopedia of Mathematics Education, Springer; 2017-2020: The second edition is currently in press and updates the first print edition of this Encyclopedia which was published in June 2014

4. Advisory Board of Sammenheng gjennom Undersøkende Matematikkundervisning (Coherence through inquiry based mathematics teaching), a project funded by the Norwegian Research Council, 2017-2020

I have a wide range of research interests: Creativity; Learning Sciences (Cognition in particular); Interdisciplinarity (Math-Art-Science); International Mathematics Education (Schools, Alternative education); Philosophy of Mathematics (Epistemology; Comparative Logics; Realism and Pluralism). ~~I am also an amateur philologist as well as dabble in Encyclopaedism.

For a full list of books visit my Amazon page

Proficiency in French and Persian (Farsi)  (written and spoken)

Title of Dissertation: Examining experiences with creative activities with novice learners of mathematics to identify a mathematical model of influential factors

Title of Dissertation: What are the characteristics of mathematical creativity: An empirical and theoretical investigation.

University of Iceland, for Associate Professor

University of Texas, Austin, for tenure and promotion

University of Iceland, for promotion to Associate Professor

MENTORING AT THE UNIVERSITY OF MONTANA

I hold an appointment as Adjunct Senior Research Scientist at the Kaput Center for Research and Innovation in STEM Education, University of Massachusetts, Dartmouth. In addition I edit a number of journals and different book series with Springer Nature and Brill.

Founding Editor, The Mathematics Enthusiast [is independent, open-access and assigns copyright to authors]