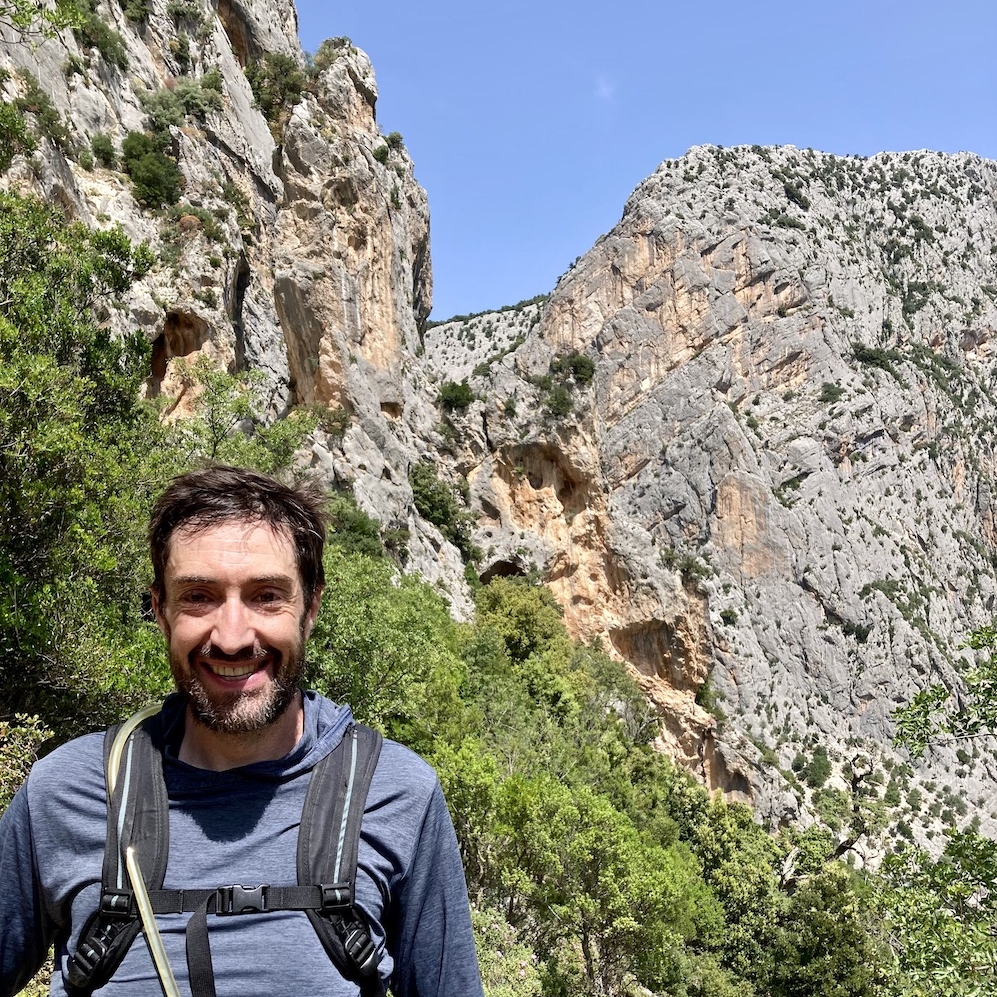 I'm always happy to meet! Just go to www.fapeck.com/meeting to schedule a meeting at a time that is convenient for you.

My teaching and research is guided by the notion that mathematics is the human activity of organizing the world.

Prior to getting my PhD, I taught high-school math for six years including Algebra, Calculus, and IB math courses. In addition, I created and taught an intervention “double-dose” course for ninth-grade students who had traditionally struggled in Algebra I. We implemented this course as part of a detracking initiative, and it proved to be so successful that we expanded the initiative to the rest of the math courses.

"Mediation" is a complicated word for a fairly simple idea. Here is the idea: Human activities take place in a cultural milieu and therefore thay always incoprorate pieces of prior human activiites. Thus human actions “involve not a direct action on the world but an indirect action, one that takes a bit of material matter used previously and incorporates it as an aspect of action” (Cole & Wertsch, 1996, p. 252). Here, the “bit of material matter” is a cultural artifact. In recruiting thses artifacts into activity, we distribute the labor across these artifacts. This is surely true for physical actions—consider how the activity of pole vaulting, for example, is distributed across the pole vaulter and the pole—but it is also true for cognitive actions. What this means is that I believe cognition is not something that happens “in the head”, but rather is distributed across resources in the environment. As Edwin Hutchins explains, “humans create their cognitive powers in part by creating the environments in which they exercise those powers.”

Broadly, then, I am interested in the ways that cognition gets distributed in math classrooms; how artifacts—such as models, tools, representations, and symbol systems—mediate learning in mathematics. To study this, I conduct classroom design experiments in high schools. My most-recent study took place in an Algebra II classroom, and explored how students learn quadratic functions. Prior work has explored how students develop a robust understanding of slope, and how students come to understand fractions-as-division.

Artifacts do more than meditate activity. As humans act with artifacts, the artifacts “act back” on the human actors, such that humans are constituted by culture. Thus, I am also interested in how students become particular kinds of people, and the ways that mathematics mediates students' educational and biographical trajectories. To study this, I conduct ethnographic work in educational and community settings.

Finally, I am interested in educational measurement and psychometrics. In this line of research, I interrogate the design principles behind educational assessments, and to explore ways of bringing learning theories to bear on the design of assessments. For example, if students "create their cognitive powers in part by creating the environments in which they exercise those power," then what does this mean for "traditional" tests which—by design—occur in cognitively impoverished environments?