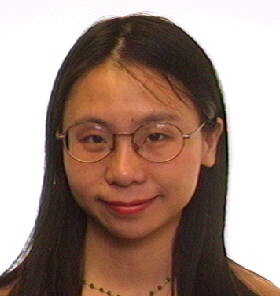 Xi Chu joined the UM chemistry faculty in 2005 as an assistant professor. She did her graduate study in the theoretical chemistry group of the University of Kansas and received her Ph.D. degree in 2001. Xi carried on postdoctoral research at the institute of theoretical atomic, molecular, and optical physics (ITAMP) in Harvard Smithsonian Center for Astrophysics. Xi Chu is a theoretical and computational quantum chemist.

Our research is directed towards understanding the electronic structure, geometry, and dynamics of molecules of technological or fundamental interests. Ab initio or semi-empirical quantum mechanics and numerical approaches are developed to obtain desired results.

It takes a detailed knowledge of the electronic structure of the ground state, highly excited states, the continuum, and the electron dynamics to fully understand strong field processes. Time-dependent density functional theory (TDDFT) is a reformulation of time-dependent quantum mechanics, so that computation is feasible for complex systems. Using TDDFT we look at the following processes:

Modifying potential energy surfaces with lasers to control the approach and recoil of molecules in collisions.

Dispersion interactions We determine long-range interactions between complex atomic pairs, which provide an assessment of the likelihood that specific atoms can be cooled in magnetic traps. Trapped and cooled atoms may form Bose-Einstein condensates, new sources of quantum systems, in which atom waves are manipulated much like light waves.

We are also interested in the non-bonding interactions between molecules and nano-structures, which may be employed in the application of molecular carrier or molecular transportation.

Macroscopic quantum devices Superconducting electronics have a wide range of commercial and medical applications. The radio-frequency superconducting quantum interference device (SQUID) and the Josephson tunnel junction (JTJ) can be used as quantum bits (qubits). This design offers devices with little dissipation, ultrasensitive magnetometers and electrometers for state readout, large-scale-integration, and a family of classical electronics that could be used for quantum qubit control. We model the quantum structure and dynamics of superconducting qubits and the time evolution of unstable two-level quantum systems, which provides theoretical insight on and numerical predictions of coherent temporal oscillations of excited state populations and phase decoherence time.

TDDFT/MM approach for the study of photoreactions of macromolecules Theoretical study of these reactions can assist the synthesis of photoactive materials and improve the selectivity of laser chemical reactions. The numerical simulation of these reactions is essential in interpreting experiments, predicting and visualizing pathways, and simulating extreme conditions.

Dynamic polarizabilities of rare-earth-metal atoms and dispersion coefficients for their interaction with helium atoms X. Chu, A. Dalgarno, and G. C. Groenenboom,Phys. Rev. A 75, 032723 (2007).

"Polarizabilities of Sc and Ti atoms and dispersion coefficients for their interaction with helium atoms" X. Chu, A. Dalgarno, and G. C. Groenenboom, Phys. Rev. A72, 032703 (2005).

Chu X, Dalgarno A
Polarizabilities of ^3P atoms and van der Waals coefficients for their interaction with helium atoms
ADVANCES IN ATOMIC, MOLECULAR AND OPTICAL PHYSICS, VOL. 51: No. 83-89 2005

For a complete list of publications, please go to