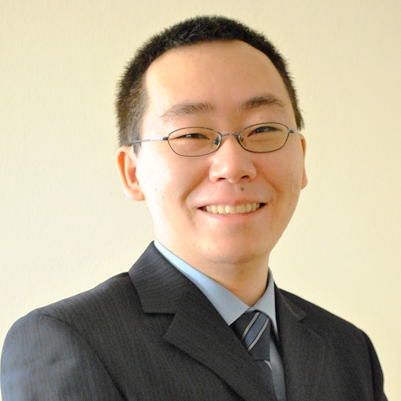 Dong grew up in China and carried out his undergraduate education at the University of Science & Technology of China, where he received his BS degree in Material Chemistry on assembling three-dimensional metal oxide nanostructures using hydrothermal methods. Dong came to US in 2004 to pursue his PhD degree at the University of Minnesota-Twin Cities under the mentoring of Prof. Lawrence Que, Jr., who had successfully persuaded Dong to make the switch to Bioinorganic Chemistry. Dong spent six years studying iron-dependent metalloenzymes and their synthetic mimics, and found himself falling in love with metals in biology and decided to devote himself to the academic career. After earning his PhD in late 2010, Dong joined the group of Prof. John T. Groves at Princeton University as a postdoctoral research associate. At Princeton Dong focused on the development of efficient and robust synthetic water oxidation catalysts that could be applied to artificial photosynthesis. Dong joined the Department of Chemistry and Biochemistry at the University of Montana in August 2015 as an Assistant Professor. He is also a CoBRE investigator at the Center for Biomolecular Structure and Dynamics.

The Wang group works actively at the interface of biological chemistry, inorganic chemistry, catalysis, and energy science. We apply strategies we learned from natural metalloenzymes to develop the next generation of biomimetic and bio-inspired catalytic systems to carry out reactions of significant importance in metabolic transformation, synthesis, and energy industry, including the functionalization of inert aliphatic hydrocarbons in an environmentally friendly way, and the conversion of water and carbon dioxide to produce renewable fuels. We employ combined methods, including organic and inorganic synthesis, spectroscopy, surface analysis technology, kinetics, electrochemistry, and computational calculation, to investigate our catalytic reactions and tackle frontier challenges. This interdisciplinary research theme provides comprehensive trainings for our graduate and undergraduate students, and excellent opportunities of establishing vigorous collaborations with research groups within and outside of the University of Montana. Details about our group and our research projects can be found in the group website.