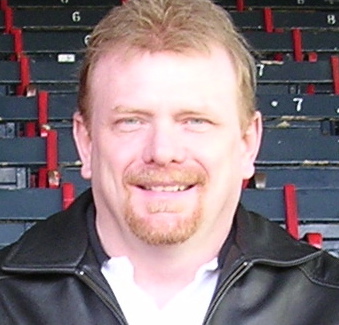 The overarching goal of our research program is to permanently improve our students’ intelligence. We hold the philosophy that the central purpose of American education is the development of the ability to think.

In today’s world, exponentially-growing technical advances are leading to rapid revisions of scientific models. It is imperative that students have the ability to reason about how such models can be justified rather than simply memorizing experts’ views of the model. In a society that is characterized more by fast-paced change than by stability, we recognize the need to provide students with the skills needed to succeed in processing information, making choices, and justifying and defending those choices. The need has never been more essential for chemistry curricula that have a refined focus on the development of students’ thinking skills.

The American Heritage Dictionary defines a skill as a “developed talent or ability,” such as the ability to play a guitar or a piano. Skills must be developed over time, and their rate of development can be influenced by coaching or teaching, appropriate equipment and learning materials, and quantity of meaningful practice. Thus, scientific thinking skills are a mental processing ability that can be developed through an appropriate teaching and learning environment, such as a science classroom. The Swiss psychologist Jean Piaget originated the practice of measuring such thinking skills. Other researchers have extended Piaget’s work, identifying measurable skills that are vital for success in scientific inquiry, the modern workplace, and in a democratic society.

The specific focus of our research group is on thinking skills. Examples include proportional reasoning, i.e., recognizing and applying relationships of the type y µ x, y µ 1/x, y = mx, and y = m ´ 1/x, and comparing proportions; identification and control of variables, i.e., demonstrating the ability to hold n independent variables and one dependent variable in mind while considering the possible effect of each independent variable on the dependent variable; and formation of mental models, i.e., formulating mental representations of natural systems with parts that hold the same relationship to one another as the real thing, including abstract entities that have to be imagined.

We have been greatly influenced by the profound work of Jean Piaget and Lev Vygotsky, and its application as described by Professors Philip Adey and Michael Shayer of the University of London. We work to apply their six pillars of cognitive acceleration: schema theory, concrete preparation, cognitive conflict, social construction, metacognition, and bridging.

Our graduate and undergraduate students conduct research projects such as the development and validation of refined instruments that can be used to measure thinking skills, experiments to test whether certain instructional strategies can effect thinking skills development, and experiments to determine the correlation of thinking skills to other important cognitive characteristics. This type of research involves designs commonly used in psychological studies, followed by the use of statistical tools to analyze the outcomes of the study.

Cracolice, M. S. (2009). The role of the teaching and learning environment in concept learning in the sciences. Progressions: The Peer-Led Team Learning Project Newsletter, 11(1). Online at http://www.pltl.org.