College of Humanities and Sciences / Computer Science
You are here: 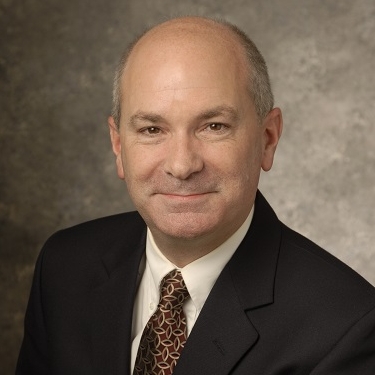 Designed for attendance by both computer scientists and biologists. The course will explore the importance of interdisciplinary partnerships between these two fields. Students will learn to use various existing computational tools for investigating genomic and other biological data. This will include tools for performing sequence alignments and searches, building phylogenetic trees, predicting RNA secondary structure, and predicting protein tertiary structure. The underlying algorithmic approaches taken by these tools will be discussed, and in some cases, actually implemented by the class participants. The course will examine the data repositories where genomic and other biological data are stored. There will be some light programming required using Perl as the language of choice. It is assumed that the class participants have no experience programming in Perl and will learn this skill as part of the course.

Concepts and principles of programming languages with an emphasis on C, C++, and object-oriented programming.  Syntax and semantics of object-oriented languages.  Principles and implementation of late binding, memory allocation and de-allocation, type-checking, scope, polymorphism, inheritance.

Prereq., Upper division status (Junior or Senior or Graduate Student) or consent of instr.  Introduction to the framework of unsupervised learning techniques such as clustering (agglomerative, fuzzy, graph theory based, etc.), multivariate analysis approaches (PCA, MDS, LDA, etc.), image analysis (edge detection, etc.), as well as feature selection and generation.  Emphasis will be on the underlying algorithms and their implementation.

Bioinformatics
Bioinformatics resides at the intersection of the computer and biological sciences, and is a good example of the gains that can be realized when traditionally disparate scientific communities collaborate. Problems in the biological domain often involve large scale empirical analysis. Computer science tools in the realm of computational pattern recognition and algorithm analysis can be very useful for such problems. They provide a means for exploratory analysis of the problem domains, and often lead to innovative solutions.

Identification of Ribonucleac Acid Functional Structure
In collaboration with partners in the Biochemestry Department, several of the graduate students studying with me will begin investigating methods of identifying common secondary (and possibly tertiary) structures of functionally similar RNA sequences. This will involve the analysis of experimentally derived data on randomly generated RNA sequences and their affinity for a particular protein (nucleocapsid protein (N) from River Valley Fever Virus (RVFV)). All of the resulting RNA sequences will have a known affinity for this protein (aptamer status) and it will be our job to identify their secondary structures as well as common structural features, the implication being that these secondary structures (and their resultant tertiary structures) are responsible for the sequence's high affinity for the target protein.

Analysis of Microbial Communities: Mocrobial Ecology
In collaboration with partners in the Cellular, Molecular and Microbial Biology Program, we investigate gastrointestinal tract microbiomes. Specifically, we examine longitudinal locations, as well as healthy vs. diseased samples, to determine if there are discriminatory differences in community composition. The input is metagenomic data used to determine the degree to which various microbial taxa are present in the sample, and incorporates machine learning and pattern recognition algorithmic approaches to make these determinations. This has implications for diagnosing human health conditions such as Crohn's Disease, Irritable Bowel Syndrome, Ulcerative Colitis, etc.

Use of data mining techniques on sparse metagenomic data
In collaboration with partners in the Division of Biological Sciences, one of the graduate students studying with me will begin investigating the relationship between geochemical, environmental nutrient composition, and physical conditions with the functional diversity of the localized organismal population. The investigation will involve the identification of metabolic capabilities common to the inhabitants of each of a diverse set of geochemically distinct geothermal environments. This will be accomplished through genomic analysis aimed at metabolic pathway detection and characterization. The analysis will be performed from a systems biology perspective and will be made challenging by the fact that the metagenomic data is incomplete. The data are available as a result of the Yellowstone Metagenome Project, and they represent between 35-50 megabases of sequence data per site. This data, while extensive, does not represent full coverage of all genomes represented in the data; therefore, the analysis must be predictive (given the incomplete nature of the data) and must include some measure of statistical assurance in the findings. The general approach will be to identify, and be able to predict, functional diversity by building a library of genes indicative of each lifestyle, and to develop tools that will be able to recognize the presence of these functional lifestyle-predictive biomarkers. Since we will be dealing with incomplete data, this will require the development of inferential tools where the presence of certain genes can be inferred by the presence of others. The approach will be to mine existing complete genome data for associative rules that can be used make such inferences, and make them in a statistically sound way.

To make the two tools I have created available to the research community, I have developed a Codon Usage Bias Database (CUB-DB) and have made it available online. In addition to my two techniques, this database includes bias adherence data for several of the more traditional approaches. The database includes all organisms currently sequenced and resident on NCBI’s microbial genome database. It is synchronized with NCBI roughly weekly, so new genomes should be available relatively quickly after publication.

Future Investigations
While I have employed such techniques as discrete event and stochastic simulations, I intend to investigate the use of continuous simulation techniques, and find methods for getting back to first principles in solving biological problems. I also intend to implement graph theory in some of the metabolic pathway analysis, and hidden Markov models in expression prediction.