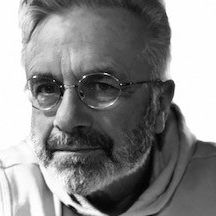 The primary focus of the research in my lab is on interactions among plants. These include direct interactions, such as competition for resources, allelopathy, and facilitation; and indirect interactions mediated by herbivores, soil microbes, and other plants. Although I continue to pursue research on positive interactions in plant communities, mostly in collaboration with the international Alpine Pals research group, most of my current work is on interactions between exotic invaders and native species. These invaders include Centaurea stoebe, C. diffusa, C. melitensis, C. solstitialis, Alliaria petiolata, Acroptilon repens, and Prosopis juliflora. We have found that one of the worlds nastiest invaders, C. diffusa, are  more allelopathic to species in invaded areas than species with which they coexist in Eurasia.  Our research has also demonstrated strong effects of soil microbes (primarily fungi) on Centaureas invasive capabilities, and that biogeographical differences in soil microbial communities play a large role in the benign effects of C. stoebe on native Eurasian communities, but the devastating effects of this species on invaded communities. These biogeographical differences include significant negative feedbacks between soil microbes from Eurasia and Centaurea, but significant positive feedbacks between soil microbes from North America and Centaurea. Considered as a whole, research in my lab indicates that when humans introduce some plant species to new regions they force together species with different evolutionary trajectories from different continents, disrupting communities but providing opportunities to test long held ecological paradigms.