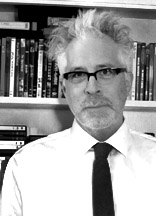 Michael Murphy began teaching at The University of Montana in the fall of 1995. He brings to this University 18 years of professional involvement in theatre, film and television as an actor and director, both in New York City and Los Angeles.

In New York, he was a member of one of the premier theatre companies in the United States, the Circle Repertory Company. There he worked with many of the great playwrights of the country, including Lanford Wilson, Edward Albee, A.R. Gurney, Jr., John Bishop and Marsha Norman.

He was honored to perform at the Japanese National Theatre in Albee’s “Who’s Afraid of Virginia Woolf,” in 1985. During this period, he also was involved in more than thirty productions on and off Broadway, including a co-starring role in “Hide and Seek” with Elizabeth Ashley and in the Royal Shakespeare Company’s Tony award-winning dramatic musical “Piaf.“ Michael was also an established film and television presence, appearing in numerous televisions series and films, including “Lisa,” “Boardwalk,” “Kate and Allie,” “Golden Girls,” “thirtysomething,” “Coach,” “L.A. Law,” “Father Dowling Mysteries,” and “Murphy Brown.” On moving to Los Angeles in 1988, he began directing for Circle Rep West and serving as Co-Artistic Director of that theater. Michael returned to Montana in 1992 and has been a vital contributor to the university, first as a graduate student, then as a professor. He has directed productions of “Three Sisters,” “Arcadia,” “K-2,” Uncle Vanya,” and the Montana Rep’s "Road" and “The Miracle Worker.” He has been featured in leading roles in UM's productions, including “Equus,” "Three-penny Opera," “A Little Night Music,”and “Sweeney Todd.”