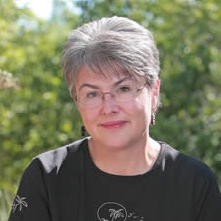 To request a ZOOM conference, please email me at bluntj@mso.umt.edu and we'll make arrangements.

Recognition of Blunt’s work includes a PEN/Jerard Fund Award for nonfiction, the 2001 Whiting Writers’ Award, 2003 Mountains and Plains Bookseller’s Award, Willa Award for Nonfiction Book of the Year, and a 2004 National Endowment for the Arts writer’s fellowship.  Blunt received a Guggenheim fellowship in 2005.  She teaches creative nonfiction courses and directs the Creative Writing Program at the University of Montana.

About Breaking Clean. In this extraordinary literary debut third-generation homesteader Judy Blunt describes her hardscrabble life on the prairies of eastern Montana in prose as big and bold as the landscape. On a ranch miles from nowhere, Judy Blunt grew up with cattle and snakes, outhouse and isolation, epic blizzards and devastating prairie fires.