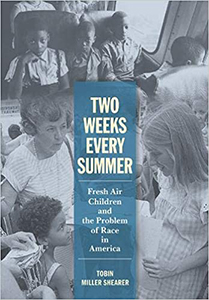 Two Weeks Every Summer: Fresh Air Children and the Problem of Race in America

Two Weeks Every Summer, which is based on extensive oral history interviews with former guests, hosts, and administrators in Fresh Air programs, opens a new chapter in the history of race in the United States by showing how the actions of hundreds of thousands of rural and suburban residents who hosted children from the city perpetuated racial inequity rather than overturned it.