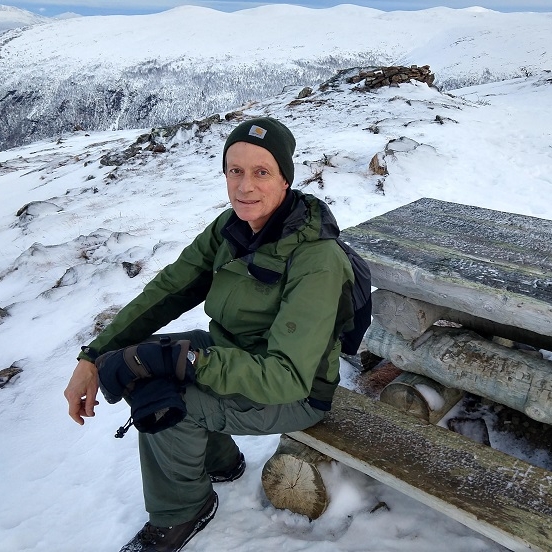 Zoom office hours are available by appointment for Fall 2021.

Please email me at christopher.preston@umontana.edu

Born and raised in England, Christopher moved to the United States in the 1990s. He has lived most of those years in the western states where he enjoys mountain biking, skiing, and other activities made possible by the roomy landscapes.

His research is moved by the idea of the Anthropocene, the epoch in which human influence on the planet is everywhere. He studies emerging Anthropocene technologies for their impact on the human-nature experience. These include climate engineering and biotechnology. His award-winning book The Synthetic Age details some of what is at stake. His current work is on restoration and rewilding. He is finishing a book on wildlife recoveries and what they demand of human-nature relations. The book will be published by MIT Press in early 2023.

I'm currently working on a new book about wildlife recoveries for MIT Press due out in 2022.

Visiting Researcher at the University of Turku, Finland (Nov 2021)

Faculty exchange and research residency at The Arctic University of Norway and Genøk: Center for Biosafety in Tromsø, Norway (Feb-April 2015 and Nov 2019).

Distinguished Visiting Professor in the Ethics of the Anthropocene at the Institute of Environmental Studies, Vrije Universiteit in Amsterdam, the Netherlands (Oct-Jan 2016-17).