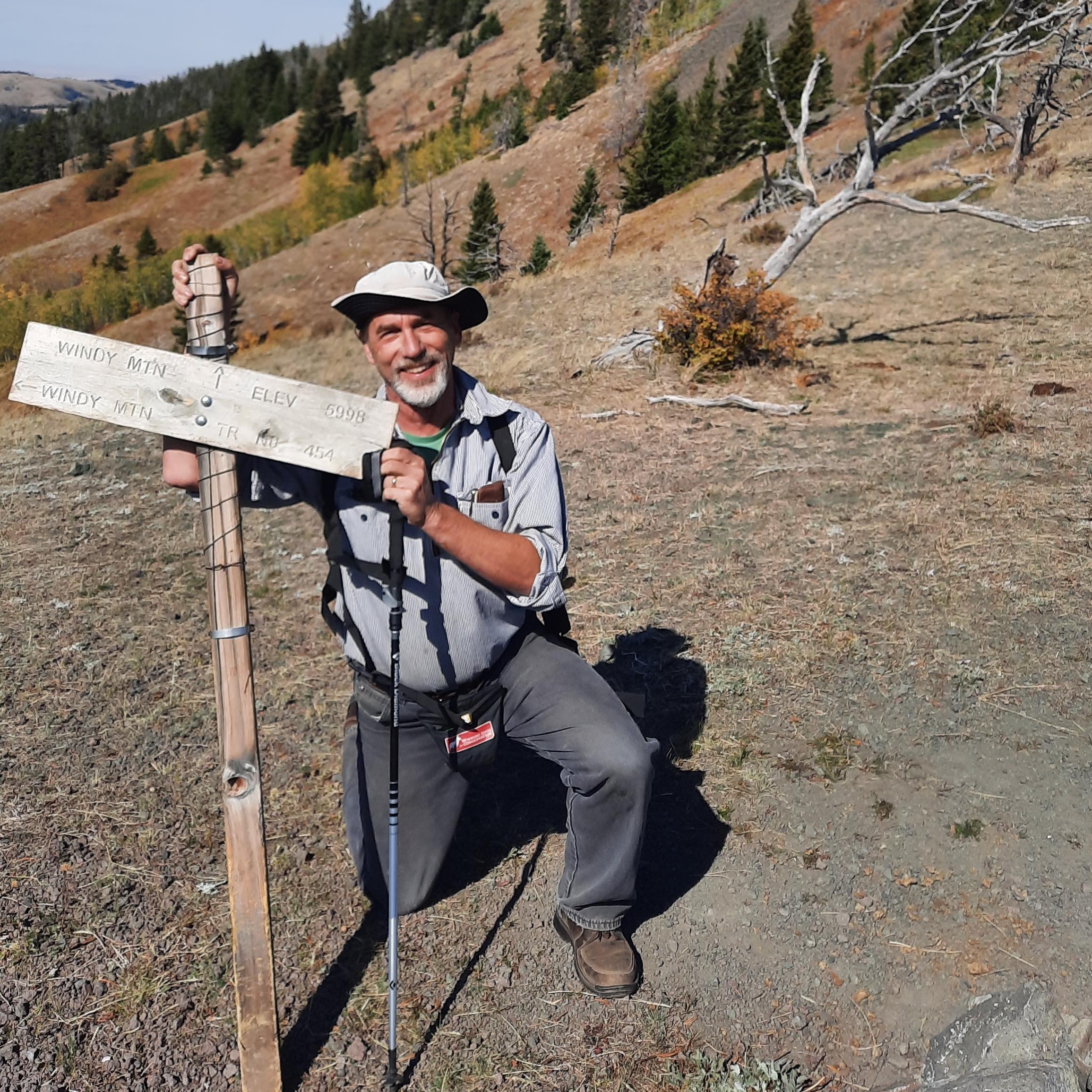 Pandemic Hours: Zoom by appointment (7:30 am to 6 pm, when not otherwise in class or engaged). Email me for an appointment.

I am a native of the Kansas City area, who left soon after college to head west. The first stop was east central Wyoming, where I met my wife Jane. After more than 25 years of marriage, we've traveled the intermountain west with our two daughters and various pets as Jane has advanced in her career with the US Forest Service. This is our second tour of duty through Missoula -- the first being more than 20 years ago -- and it has been quite enjoyable to see how the town has changed and evolved over the intervening years.

I'm an avid bike commuter who would like to spend more time touring and camping on two wheels. When I'm not riding, I do a fair amount of "wrenching" on our family fleet of cycles, including doing maintenance and rebuilding work for friends as well. My wife and I also enjoy spending time hiking, camping, and floating when we can find the time and opportunities.

Other time is spent playing harmonica and ukulele for our granddog and in the occassional "hootenanny" jam sessions, and trying to keep on my goal of reading at least one book a month.